This day was one that will be at the forefront of the memory bank. The Vermont mountains were covered in snow with a fierce north wind blowing. I woke at 2:20 a.m. to slip in and set up on a bad bird that had been shot at the morning before. He was there 50 yards in front of me, and I sat motionless for two hours in the frigid snow and wind waiting for him to pitch down. He finally came to me, but when I went to take the shot at 25 yards, the snow had built up on the rail of my gun so much that I could not see the bead. I tried to point and shoot. Missed. He ran and I missed again before heflew away forever. My fingers and entire body were numb from the cold as I chunked my hat on the ground in disgust.
⠀
Fast forward three and a half hours as I continued to cover ground looking for a new contender in my last hours hunting Vermont before departing for home in Tennessee. The wind was howling. I pulled in to my last stop before leaving for the return trip home. I climbed the mountain still searching but frustrated from the morning. I struck him with some pleading yelps at 8:35 a.m., and he was laying at my feet at 8:40. He came in running and gobbling his head off. A true Vermont limbhanger. 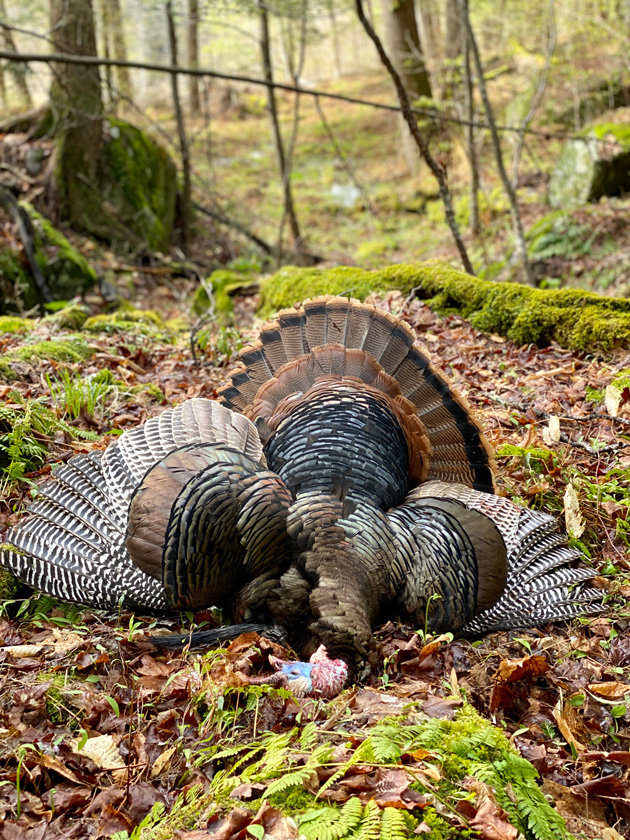 ⠀
No matter what happens, you must persist to find turkeys. A positive attitude and failure to give up pay off more often than not.

I was inspired to make this recipe by my Uber driver while vacationing with my wife in New York City. I mentioned that I was an avid turkey hunter and loved cooking and eating the birds. Our driver was from India, and I asked him for his favorite traditional Indian dish. He replied that it was definitely biryani. I promised him that when I returned home I would make a wild turkey biryani dish, and I wanted to share it with the NWFF flock! 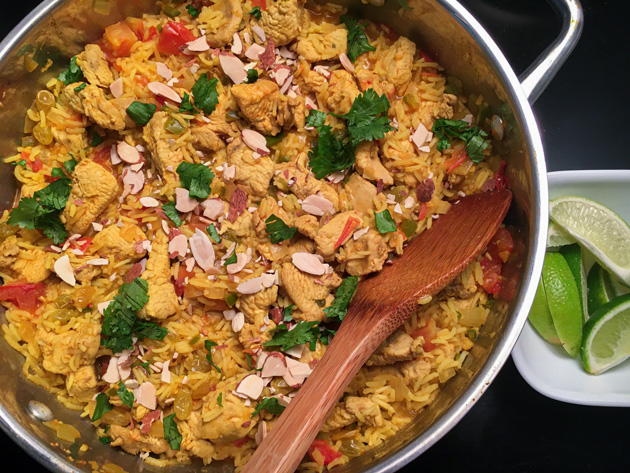