Wild turkeys run the turkey hunting curriculum in the school of hard knocks. The education never ends, and failure to learn what the professor is communicating can result in a big, fat F, as in, “Fooled ya.”

Deer hunters know the importance of being able to read a whitetail’s body language. Foot stomps and tail flaring are examples. Likewise, beyond strutting, turkey body language plays an important part in communicating a bird’s mood, status and intent. Check out these examples of body-language cues that might help fill your next tag. 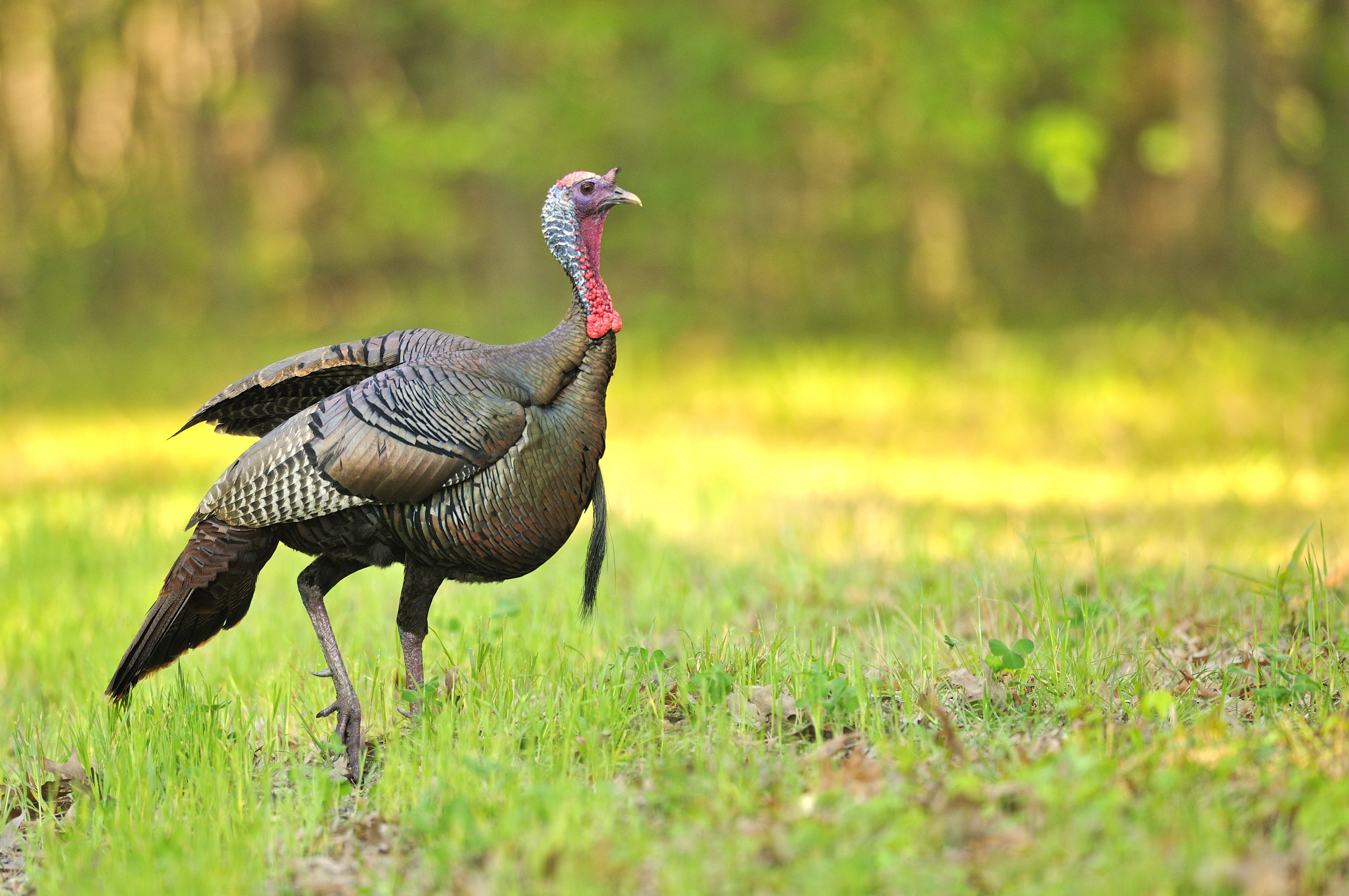 Wing checking is a subtle exit signal that’s easy to miss. It’s brief and usually means the turkey is moving on soon. It doesn’t necessarily indicate high alarm, but a suspicious turkey often lifts its wings as if to adjust or reset them properly against its body and be ready for flight. In a hunting situation, if a gobbler is within range and checks its wings, be ready to shoot. It might have sensed danger and could leave the area soon.

Wing checking is also a common departure sign when turkeys feeding in an open area are about to head into timber or to roost. 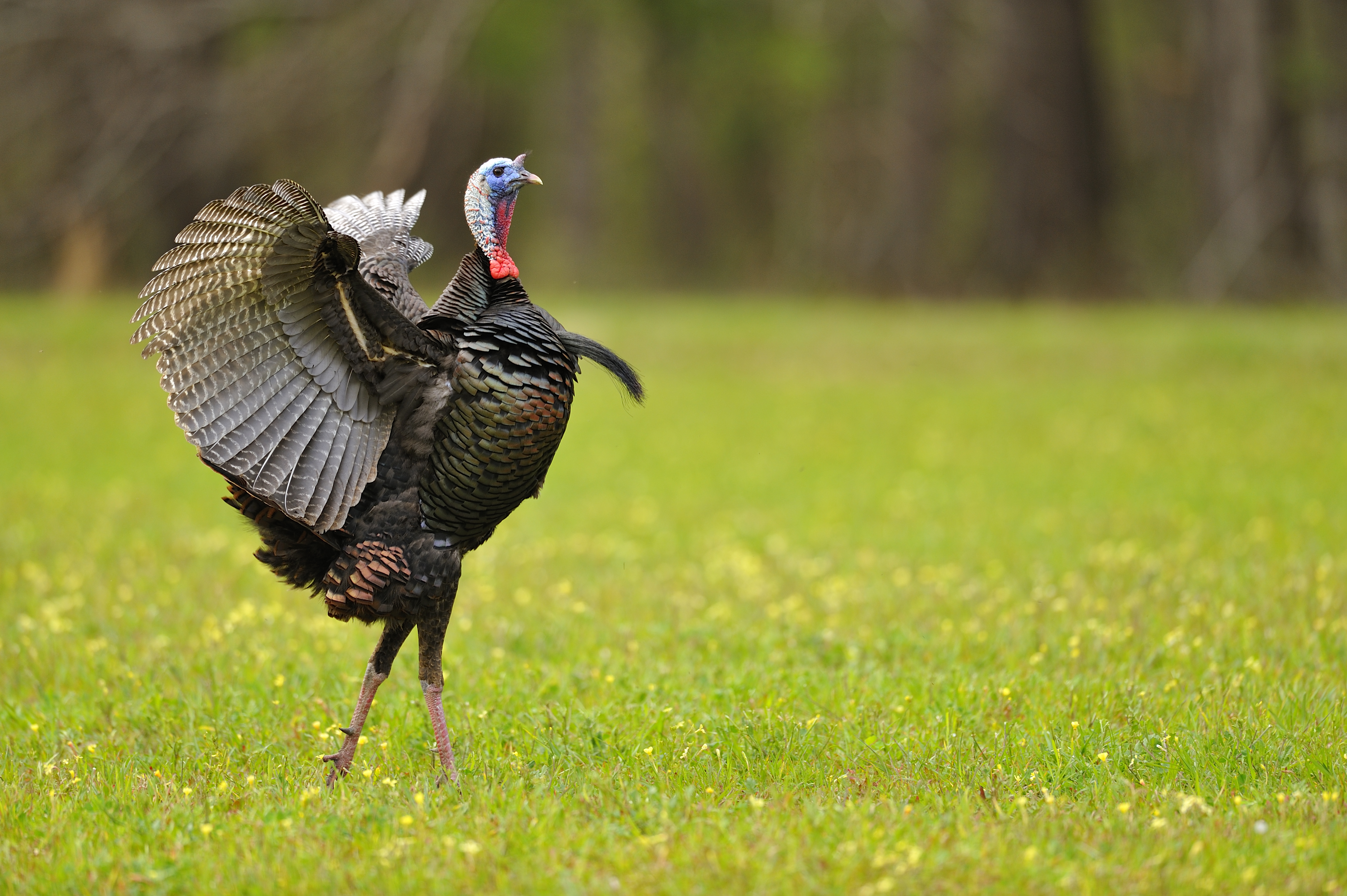 The wing flap is a beautiful pose when captured on camera. The action lasts less than two seconds and serves several purposes. Turkeys flap their wings throughout the day. The sharp wing snap shakes off dirt after dust bathing and speeds feather drying after a rain shower. Wing flapping helps cast off feather debris after a bird finishes preening. Aggressive wing flapping, better described as flogging, is a noisy fighting tactic turkeys use when competing for dominance in the pecking order.

Wing flapping soon after a turkey becomes alert to a possible threat is an exit signal. The behavior flexes the wings and stretches the body in case the turkey needs to fly to escape. The bird will likely begin moving out of the area after that type of wing flap. Other birds in a flock might follow the lead and wing flap, too. Be ready to make the shot.

The tail-fan flare is a sudden alarm and impending exit signal. The behavior is usually accompanied by a short, frantic run when an avian predator such as an eagle, owl or hawk is overhead. The bird spreads its fan and holds it parallel to the ground, and then trots with its head high and alert, likely to make it look larger and less desirable as prey. If a turkey tilts its head sideways and scans the sky, be ready. It will likely make a quick dash. If one bird runs, the rest will follow. 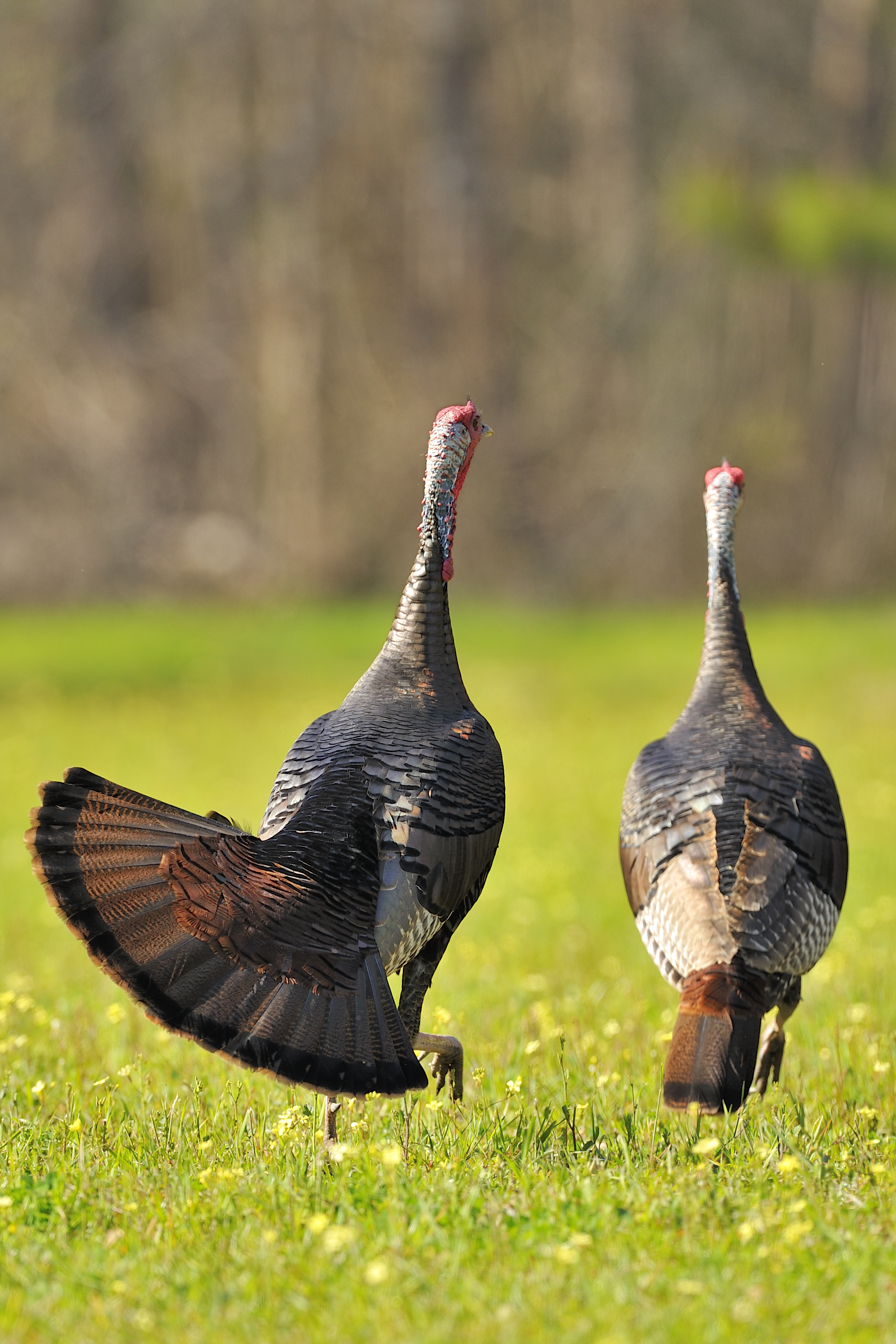 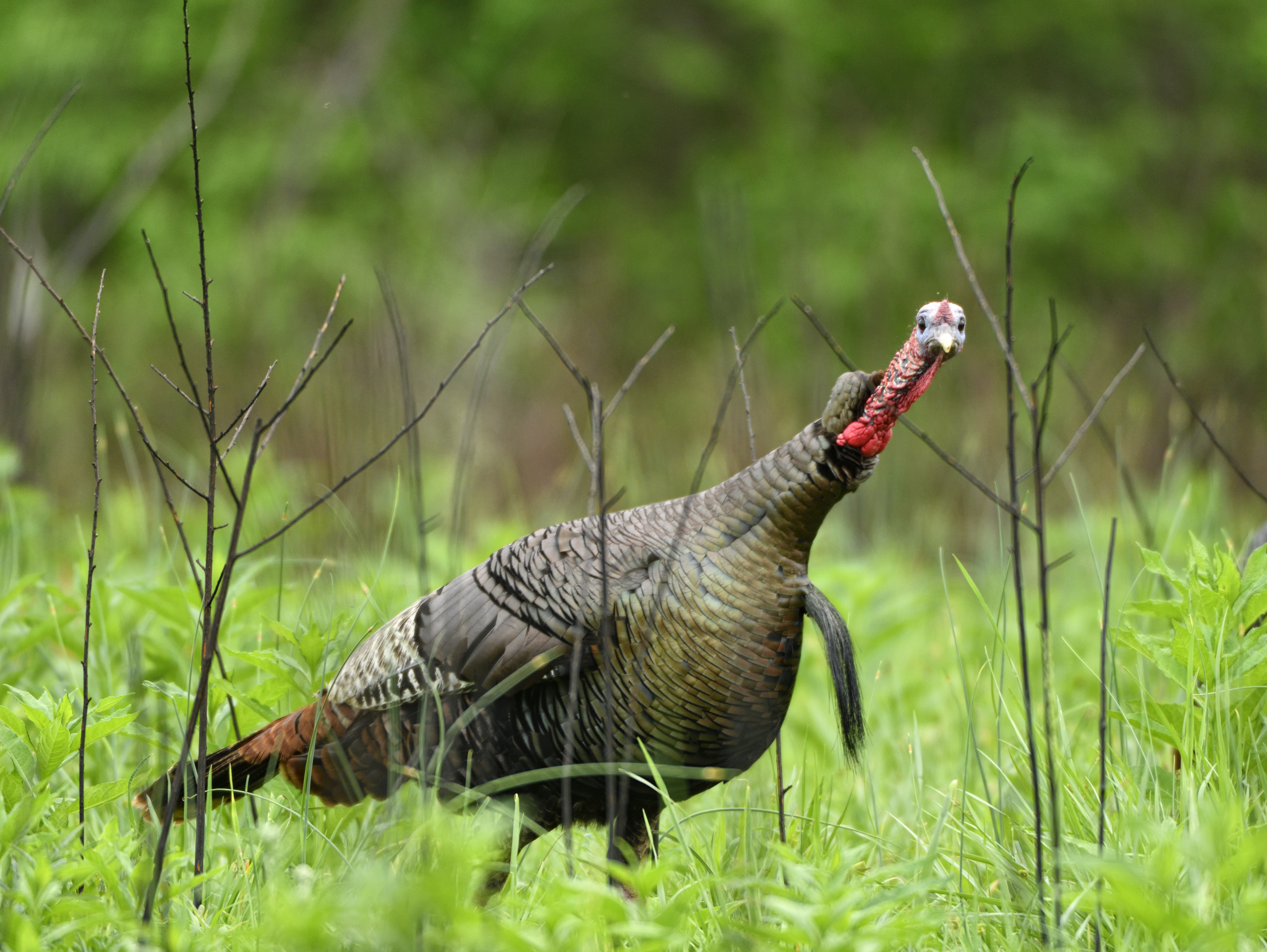 If you turkey hunt long enough, you’ll experience the body language of the dreaded rubber-necker. The turkey is on slight alert, more curious than alarmed. It senses something is amiss and extends its head and neck forward to get a better look at the object of its attention. If it’s you, freeze and don’t make eye contact. You might be one blink shy of being busted. The bird might move closer to satisfy its curiosity. Happily for turkey hunters, curiosity kills more than cats, so if the bird doesn’t putt and leave, consider it a blessing and give thanks. You might get a shot when the bird settles down. 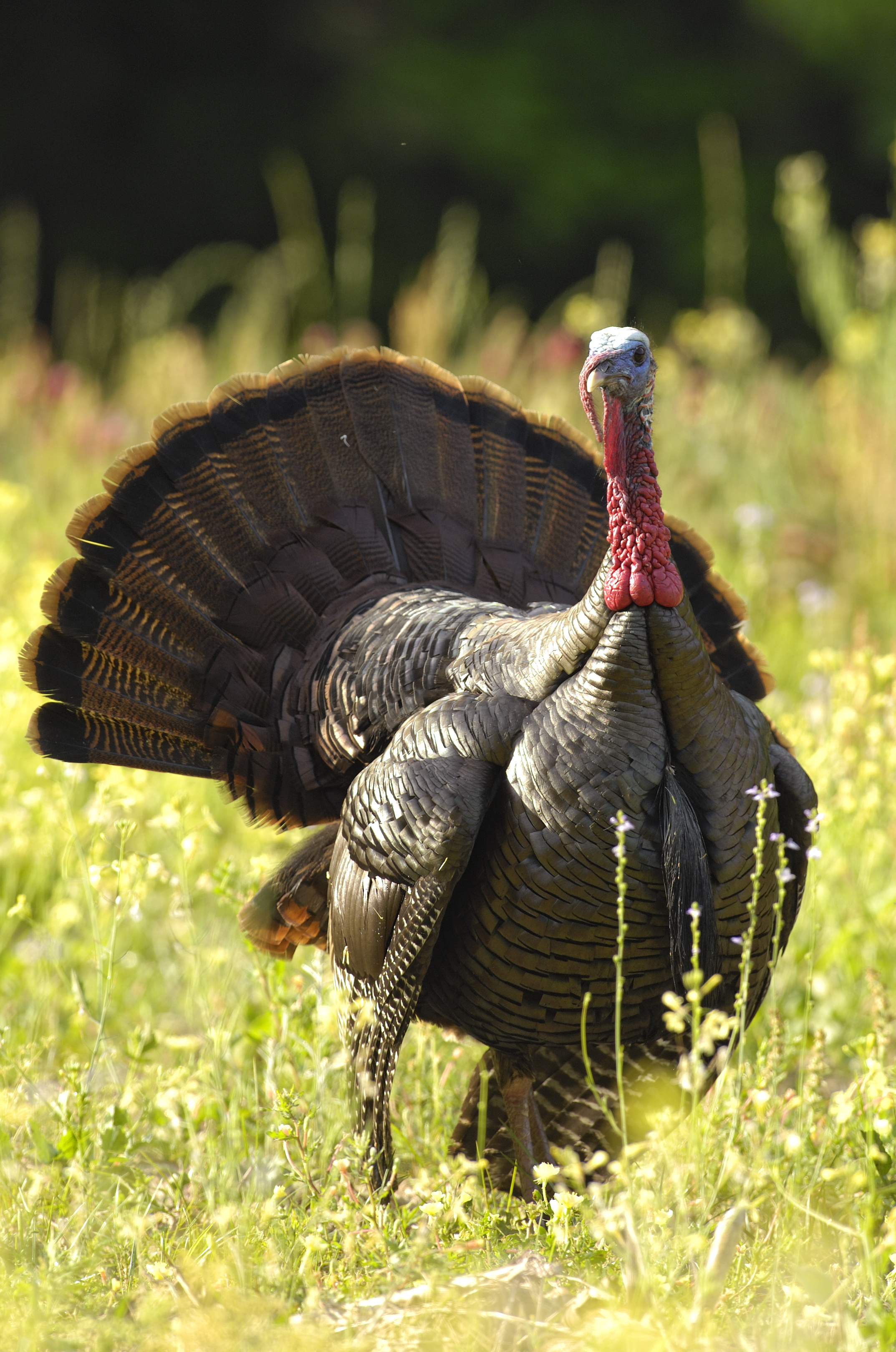 An otherwise calm turkey that quickly raises its head straight up like a submarine periscope scanning the sea has locked onto possible danger. The bird is signaling a red-alert status. If it’s not zeroed in on your position and doesn’t appear it will leave quickly, listen closely, and follow its line of sight, if possible. It might have noticed another turkey, other wildlife or a predator. Be prepared to react accordingly. If the periscope behavior is accompanied by a putt, it’s likely the game is finished. Your readiness and the bird’s position will determine the outcome of the hunt. 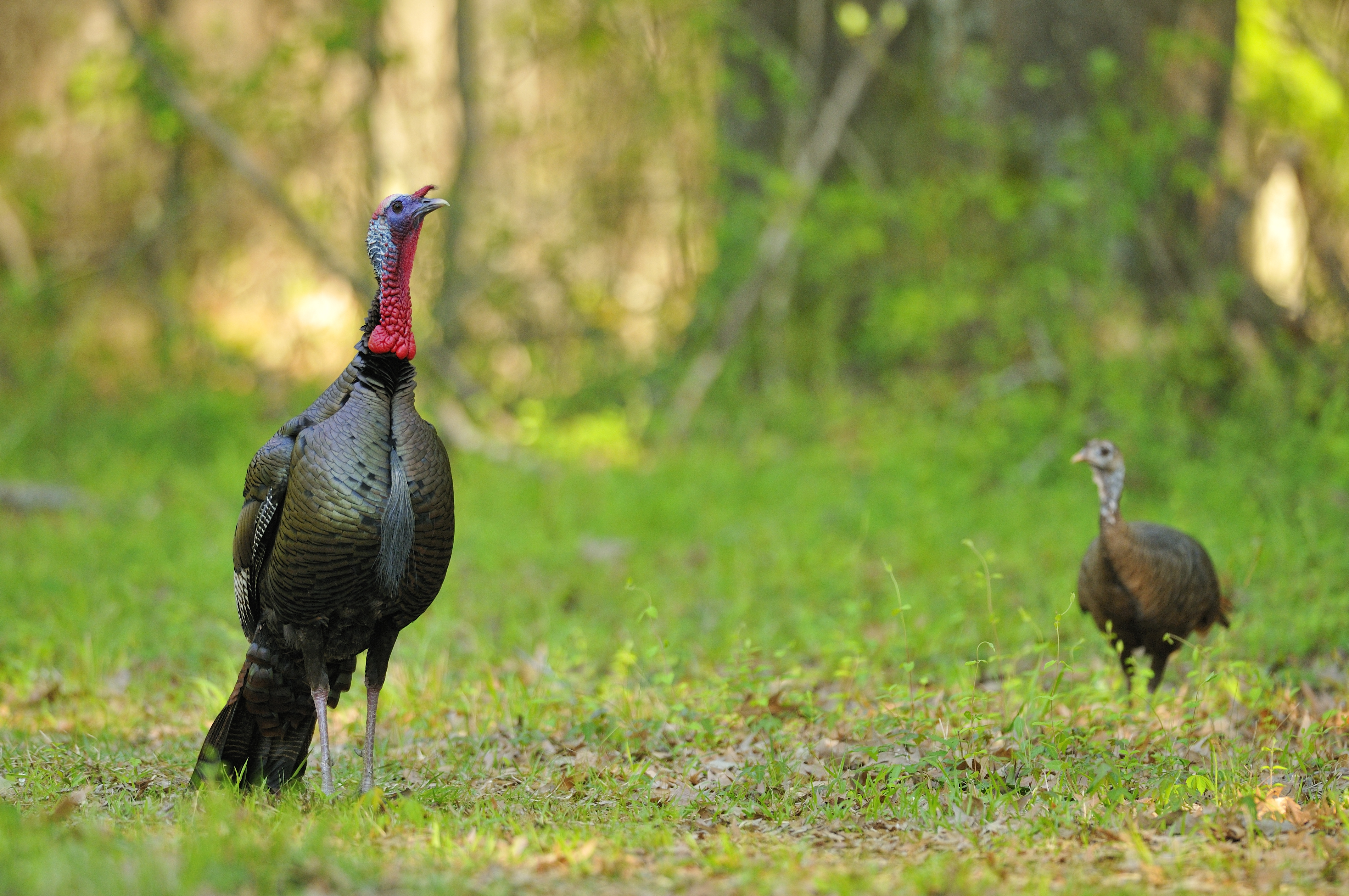 This less common behavior signal is what I call high-heading. It can convey a dominant status or threatening intent. You might see high-heading when a gobbler of any age or group of gobblers notice a hen or hen flock approaching. The tom will stand very erect and tip its head and beak toward the sky. It holds the pose until the hen is close. I witness this dominance behavior more during the incubation period, when gobblers hang out near feeding areas waiting for hens arriving for a quick meal. When hunting, if a gobbler assumes this stance and remains motionless, watch for approaching hens. Sit tight, be patient and adjust your calling and hunt strategy accordingly.

You might see similar raised-head behavior during almost any season, especially when two turkeys of the same sex (hens or gobblers) confront each other. It communicates a dominance or threat signal. The difference from the high-head behavior described previously is the birds are moving toward each other. As shown in the photo, when two dominant birds approach each other, their posture is upright, and their heads are usually raised high as they assess their competition. The birds move toward each other, and a feather-flying battle might occur. The birds will be distracted, so enjoy the show and carefully make adjustments, if needed, for a shot. You might be in great position to call one in after the dust settles. 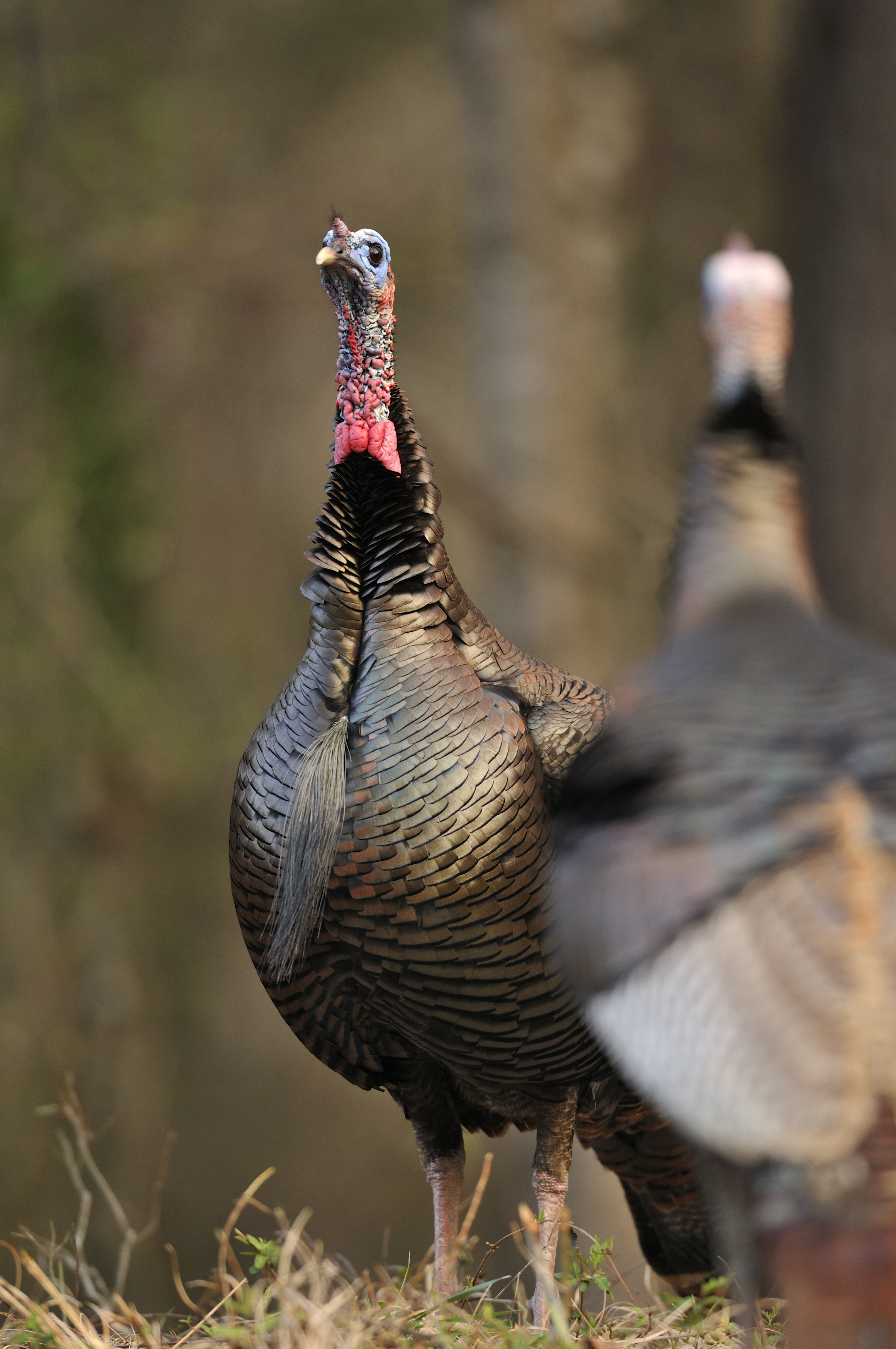 Become a turkey body-language expert so the next time a spike-spurred gobbler takes you to turkey hunting school, the outcome will be lesson learned.