Woods-Calling: How the Pros Yelp to Real Turkeys

Calling remains the essence of turkey hunting, and those lessons hold true from the Grand Nationals stage to spring woods and fields.

Folks marvel at the slick sounds the country’s best turkey callers display during competitions, but many aspects of those routines stem from lessons learned afield. After all, every Grand Nationals Calling Contest competitor started as a hunter. 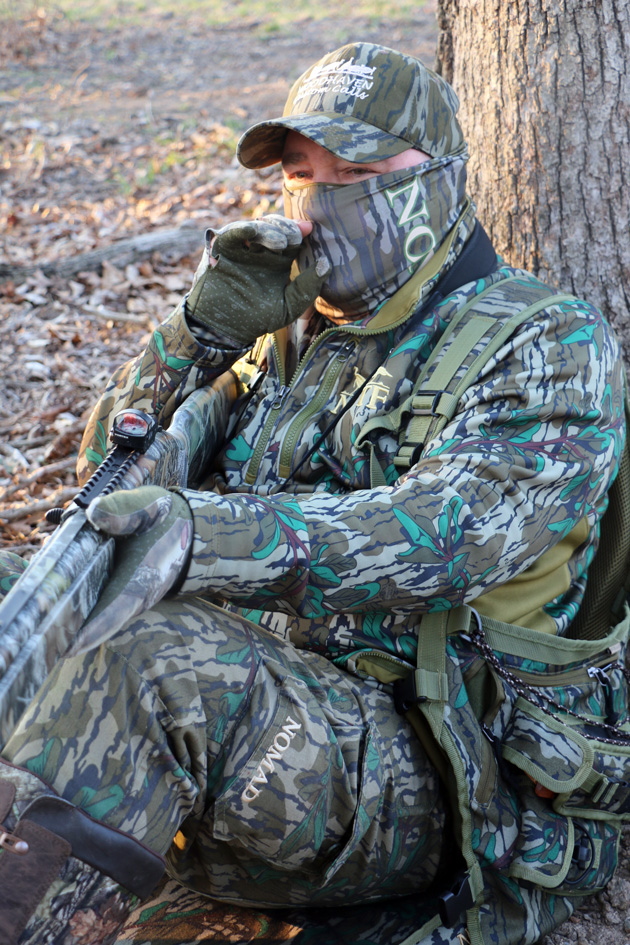 Ellis: “I basically start with some soft tree calls and bubble clucks, just to initiate contact with the tom and let him know I’m there. I try not to ever get too talkative with him unless he has hens roosted with him. At that point, I will call a little more. I’m trying to convince the hens to fly down to me, bringing him in tow. If he’s without hens, I give a few series of soft tree yelps and bubble clucks and then wait for the day to begin. Once fly-down light is established, I’ll give a fly-down cackle, simulating that the hen has flown down. After that, I simply wait patiently for him to fly down. Then the game begins.”

Grossenbacher: “A lot of times when I’m set up on a roosted gobbler, I like to be somewhat aggressive in calling to him — not so much with aggressive calling, but with soft calling. I like to be the first hen he hears and get in his head. Soft yelping and clucking are the calls I prefer.” 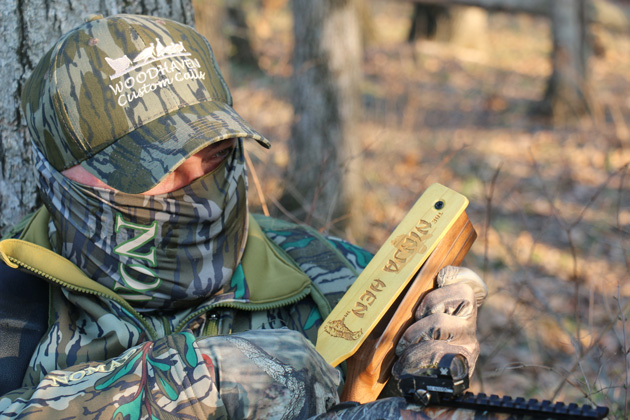 Ellis: “There are a couple of tactics I’ll use when I’ve established a gobbler has hens. The first is trying to make contact with the hens and call the flock over. My angle on calling to the hens is to always engage them with civil, basic greeting yelps and clucks. Never get too aggressive too early in the conversation. If the boss hen is non-confrontational, she will almost always lead the flock the other direction. If you start the conversation calmly without confrontation, she might come over to be social and see who the new girl on the block is. If at that point she is an agitated, confrontational-type hen, firing back with cutting, aggravated purring and excited yelping, only then will I follow suit with her type of calling. Another angle, if none of the above works, is to try gobbling at the tom, jake yelping or staging a fight with fighting purrs and using a wing or your hat to simulate the wingbeats of two turkeys flogging each other.”

Grossenbacher: “Most times when I’m working a henned-up gobbler, I will start off calling soft, basically just letting them know I’m there and seeing what kind of response I can get. I will then try getting aggressive trying to either fire up the gobbler and try and coax him to leave them or try to get a hen fired up enough to drag the whole flock to me.” 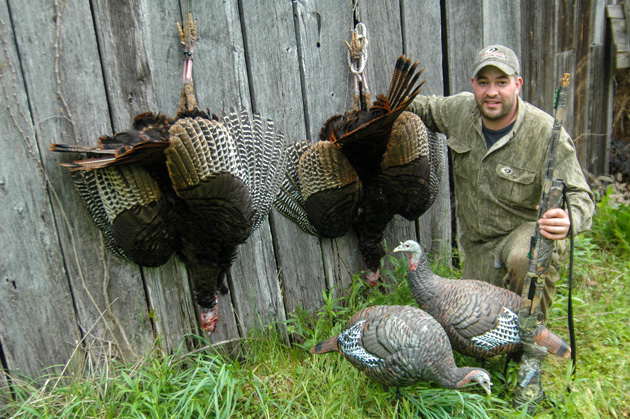 Ellis: “Cold calling, or as I like to call it, blind calling, has been wildly successful for me through the years. I love to run and gun and love to be aggressive in my approach when I feel it’s needed. But simply setting up in a target-rich environment and giving various hen-talk sequences has been the demise of more turkeys than I can remember in the last 30-plus years. I love to mix it up with soft clucking and purring hen talk, with simulated leaf scratching, to cutting and aggravated purring sequences to cutting and excited yelping. I love to project as much realism as possible. Another factor for determining my calling style is the amount of hunting pressure that area has received. Regardless whether it’s public or private, if it’s a place that has received a lot of human contact, I’m generally calling softer and less frequently. I raise the level of volume, aggressive calling and frequency if I’m hunting somewhere that has not been beaten to death by other hunters.”

Grossenbacher: “Most times when I’m cold calling, I’ll start out with a few soft yelps and clucks every few minutes. If I receive no response, I will start to get more aggressive with yelping and cutting. In between sequences, I will also cluck, purr and yelp softly just in case there is a gobbler approaching quietly.” 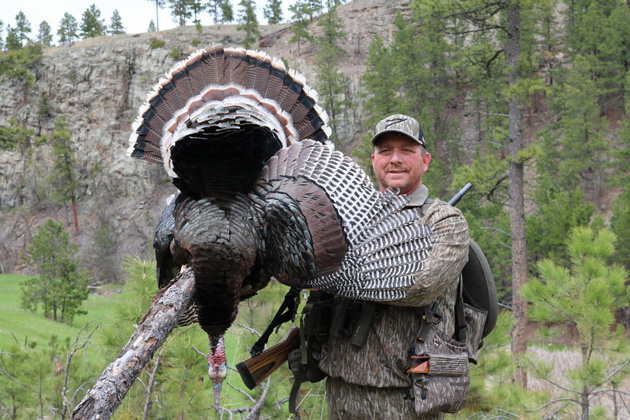 Ellis: “A great tip when running and gunning, or slipping and calling, is to always use locator calls before you get into your hen calls. If you can get him gobbling with a crow, owl or hawk, it’s much easier to assess the terrain and make a quality setup. Not alerting him to the presence of a hen will prevent him from starting to close in on your location. Unfortunately, locators aren’t foolproof, and sometimes it takes some cutting and yelping to get him respond. If that’s the case, try to call as little as possible as you move into position to call him.”

Grossenbacher: “When I’m covering ground and trying to get a gobbler to respond, I usually stop around every 100 yards or wherever there might be a significant change in terrain. Cutting and yelping are my calls of choice. The initial series will be fairly soft in case there might be a gobbler close. If I get no response after soft calling, I will get as loud as I possibly can, trying to get those calls as far as I can to try and provoke a gobble.” 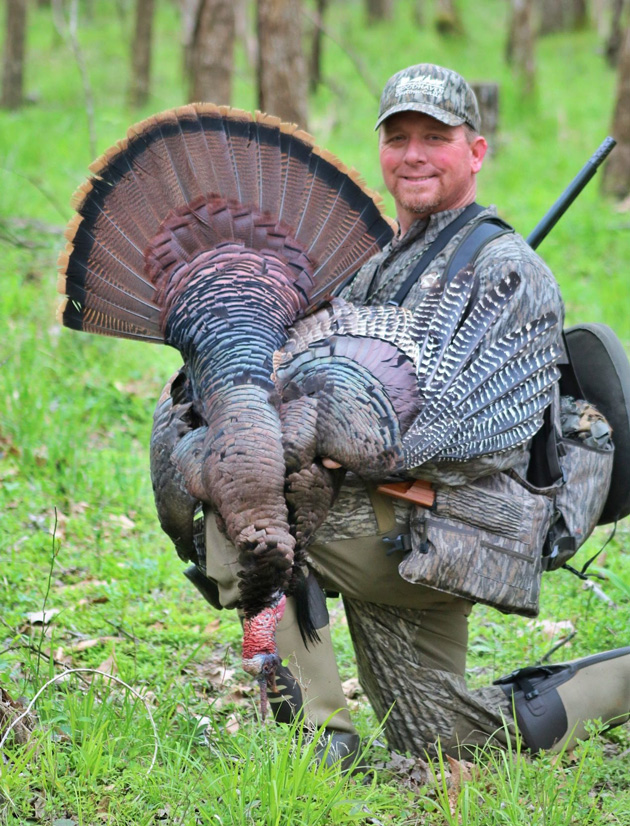 Ellis: “When I get a bird that is hot and answering well, I will never throw all my tricks at him right off the bat. I save the hard cutting, aggravated purrs, excited yelping, kee-kees and jake yelps for when he stops his forward progression. Give him basic yelping — just enough to keep him moving toward you. Too much too early, and you will have exhausted your playbook, leaving you with no options.”

Grossenbacher: “If I’ve got a gobbler that’s gobbling really good and covering ground at a fairly quick pace, I’ll call to him quite a bit to keep him gobbling. And I enjoy calling and hearing them gobble. Those turkeys that come in hot are my favorites, and I like to enjoy those situations as much as possible.” 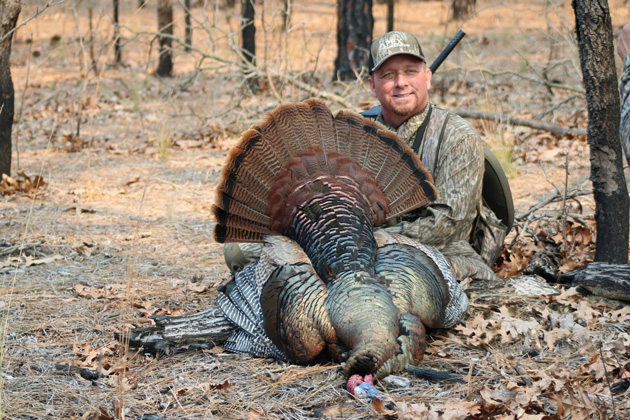 Incorporate these pro tips into your calling routine this season. Improving your yelping might not net you a Grand Nationals title, but it can put more longbeards in your truck.