The long wait was finally over, and my nine year old son couldn’t have been happier. As a father, I was so proud, for the shot marked a moment that was about much more than filling a turkey tag. The successful hunt marked an end to months of practice and preparation, and the many wild turkey dinners that followed allowed us to relive those fond memories.

Pinned against the base of a fat maple tree, we sat for over an hour, with a big tom in sight the whole time. The bird approached from an angle I failed to account for. To reach us it had to cross two fences, fly across a creek and walk up the steep, logged hillside. Eventually the tom made it to the decoy, and my son connected on the shot.

He was able to sit still the entire time the bird was in view, not easy for a youth hunter. A thick cushion to sit on, along with a turkey vest that properly fit and featured a padded back, greatly helped. He firmly rested his single-shot 20 gauge in a bipod, the barrel pointed at the decoy the whole time.

Between my son’s legs was a box call, one he could reach down and work when the approaching tom momentarily ducked from view. Once the tom reached the top of ridge on which we sat, I took over the calling with a diaphragm call, to ensure no movement. 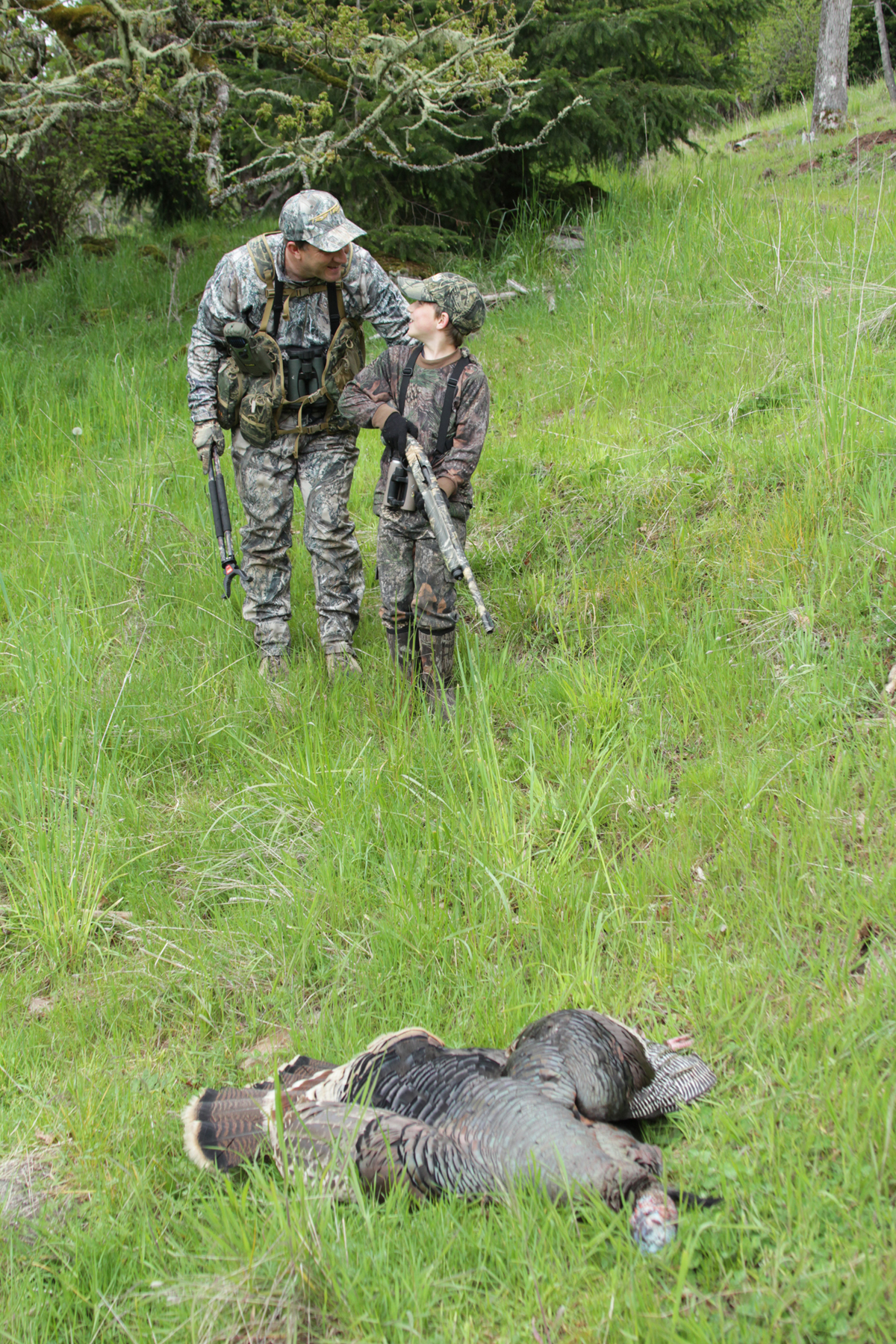 Both of my boys, now teenagers, have taken multiple turkeys over the years using this setup, and others, that keep them comfortable. Padded seat cushions are a good place to start, as are turkey vests designed to fit youth. Camo’ gloves and a facemask are a must, and keeping movement to a minimum is vital.

Make sure the gun fits. I got a youth stock, but the length of pull was still too long, so I cut it off then slipped on a thick, aftermarket recoil pad. Suppressing recoil allows kids to shoot accurately and with confidence. For practice shooting sessions, use low recoil loads, as it allows the focus to be on form and accuracy, not worrying about the kick. When a big toms steps in front of them, a heavier payload won’t even phase their shooting form.

When it comes to developing youth turkey hunters, begin the process early and take your time. Keep sessions short and fun. The goal is to educate and build a desire in our youth, and this is done with proper gear, education, stressing gun safety and keeping it fun. From there, the rest will fall into place. 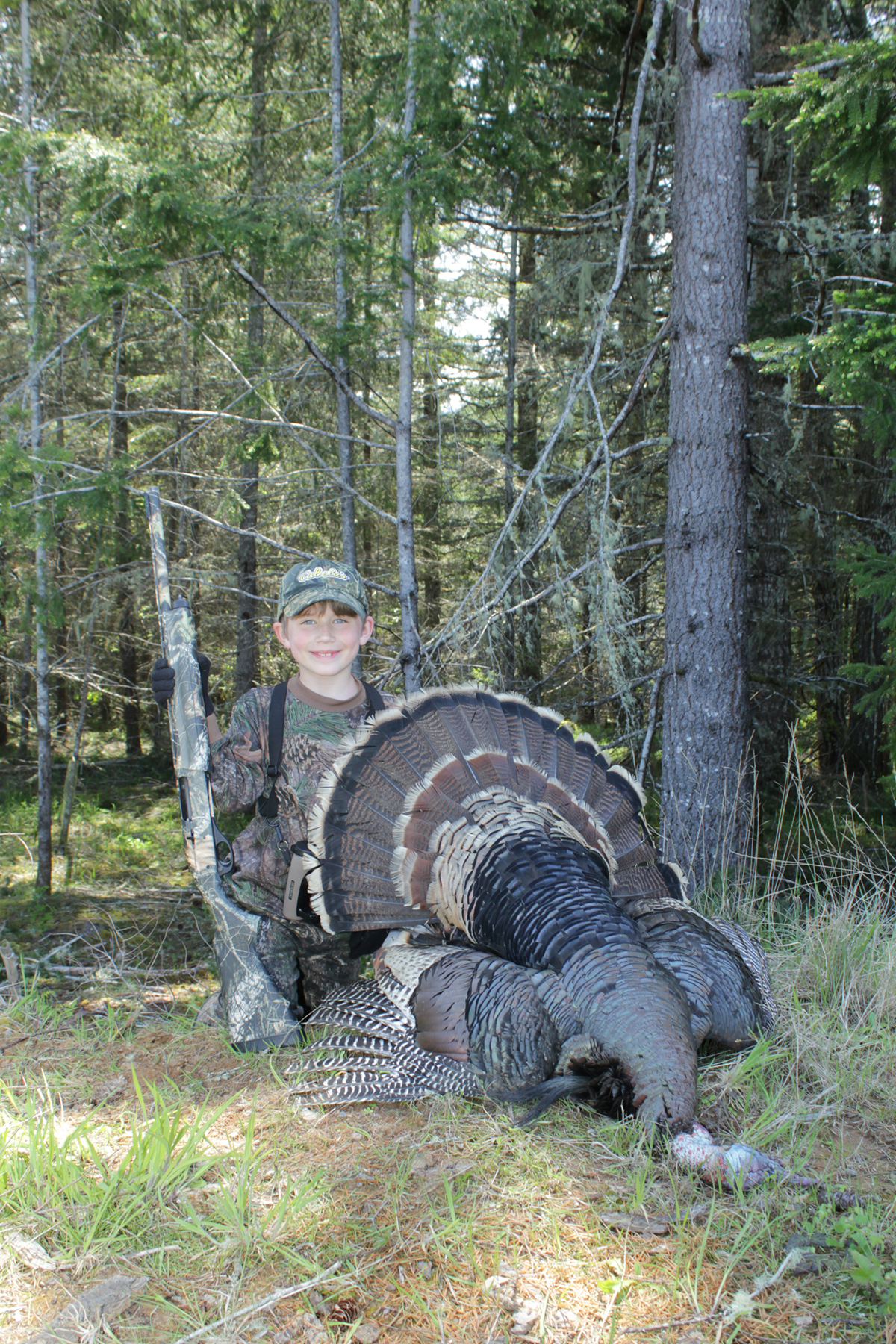